The list of companies forming the so-called “Alliance to end plastic waste”, reads as a who’s who of companies investing billions of dollars to produce even more plastics.

Many of the 28 members forming the Alliance, including major companies like BASF, Shell, ExxonMobil and Dow, have scheduled future billion dollar investments in the expansion of plastic production.

They don’t practice what they preach, research by the Dutch-Belgian environmental NGO Recycling Netwerk reveals.

“The alliance was launched with a huge marketing effort on Wednesday. The signatories claim to invest over a billion dollars to “end plastic waste”. But an overview of pending investments in the expansion of plastic production (see list below), quickly reveals the hypocrisy of the Alliance. Without tackling the production of plastic at its source, all clean-up efforts will be in vain”, Recycling Netwerk says. 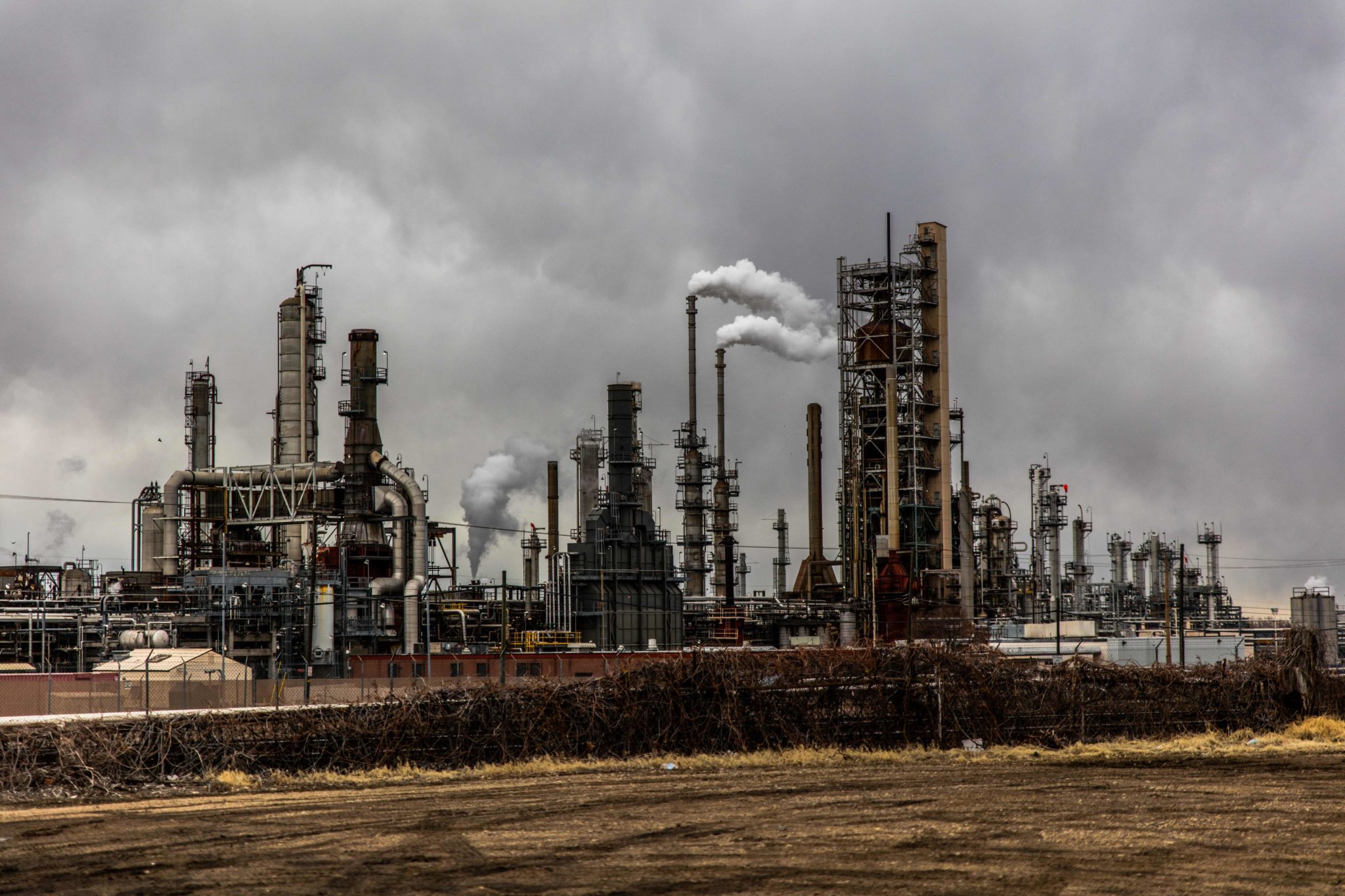 It is a small step forward that the plastics industry finally recognizes the huge problem with plastics. But it’s sad they still cling to symbolic and end-of-pipe measures. Given the fact that they plan an enormous expansion of their plastic production, the Alliance seems to be nothing more than a large greenwashing operation.

Procter & Gamble, BASF, DSM, Dow, Suez, the chemical divisions of Total, Shell and ExxonMobil, and 20 other multinationals are part of the “Alliance to end plastic waste”, claiming to invest more than 1 billion dollar to fight plastic waste.

Unfortunately, this initiative does not tackle the problem at its source: the gigantic production of 400 million tonnes plastic each year, with 60 million metric tonnes produced in Europe alone.

Seeing that the signatories themselves are building new factories to produce even more plastic, in a time when the European Union and the rest of the world are trying to fight plastic pollution, makes it all the more disappointing. 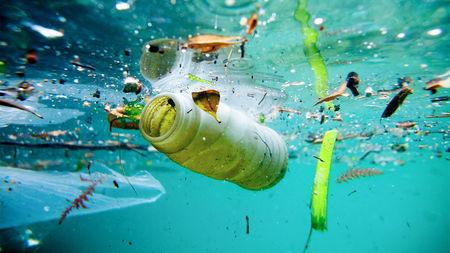 For years, the story by big industry has been about blaming the consumer for pollution and making grand promises on recycling. Chemical industry and food and drinks industry share this narrative and have successfully convinced many policy makers to stay away from effective legislation that would curb plastic pollution at its source.

2018 was a turning point, with public opinion demanding action to preserve nature and the oceans from plastic pollution. The ‘Alliance to end plastic waste’ seems to be a reaction of the plastic industry to this mounting pressure.

But the measures proposed by the Alliance don’t tackle the plastic waste problem at its source. Most plastics are used for the production of packaging which is often used only once: single-use plastics. Cleanups of streets, rivers and seas offer no effective solution as long as a steady stream of new plastics keeps being produced and collected in a half-hearted way.

“These kind of actions aim to save the image of plastic. But plastics don’t have a mere ‘image problem’ – the exaggerated use of it in products with a short lifespan is a problem in itself”, Recycling Netwerk director Rob Buurman states. Therefore the questions that remain are how these companies will spend the money in the Alliance to End Plastic Waste fund and if there will be external supervision. There is a real risk that this Alliance is the start of a big greenwashing campaign for plastics. 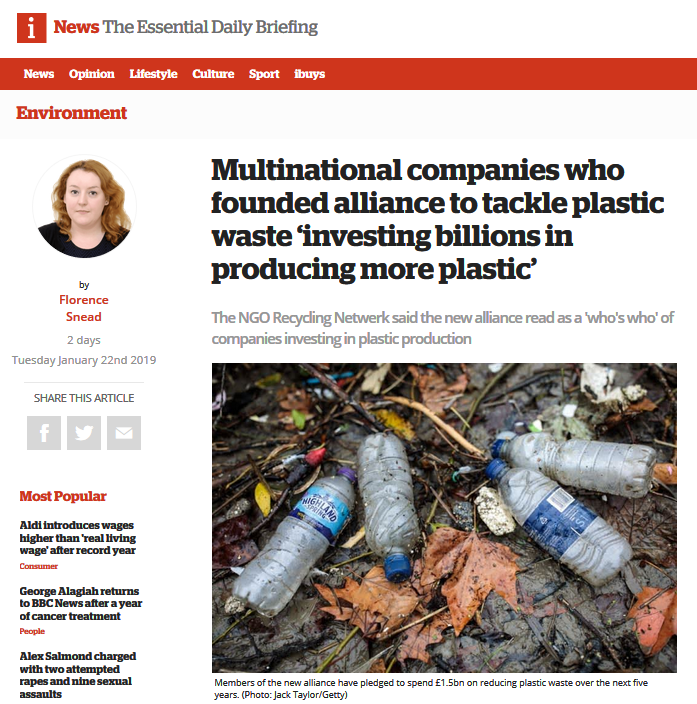 The Daily Mail, Founders of a new $1.5bn alliance to clean up ocean waste are among the biggest investors in new plastic plants, 21/01/2019

Compelo, Six investments into plastic production by the Alliance to End Plastic Waste, 22/01/2019

Below we have listed quite a number of investments in plastic production facilities that have been made recently or are planned for the near future by signatories of the alliance. It strongly supports the idea that the launch and funding of the so-called Alliance to End Plastic Waste are actually intended to safeguard and even expand the production of plastic.

Many of the investments are linked to fracking: the process to obtain cheap shale gas, which is seen as one of the most important drivers of an increase in plastic production. Many of the planned installations aim to use the shale gas to produce ethylene gas which can then be used to create single use plastics such as polyethylene and polyethylene terephthalate.

The list almost reads like a “who’s who” of companies planning billion dollar investments in plastics production, as you can see in this scan of recent press releases, reports and press articles: