The battle against the plastic soup: are European governments as ambitious as Commission and Parliament?

The European Parliament strongly backed the Commission’s proposal to ban a range of single-use plastics and to ensure that producers will pay the clean up costs. On October 24th, an impressive 91.5% of the Parliament supported the ambition to curb the ocean pollution. The members of parliament listened to the demand of the European citizens to take effective measures against the plastic soup.

However, since the Council has joined the discussion and trilogues – the trilateral negotiation between Commission, Parliament and Council – have started, the process has taken a worrying turn. In the Council, amendments have been put forward that cause confusion and will undermine the intended environmental impact of the Single-Use Plastics Directive. The plastics and packaging industry is heavily lobbying the national governments with the aim to put some loopholes in the Directive.

As an environmental organisation, we appeal to all policy makers and governments to remember that this Single-Use Plastics Directive has been drafted to protect our environment, not businesses. Next to our environment, however, there is another compelling reason why the Directive should be kept at least as ambitious as proposed by the Commission and Parliament. The EU has made preceding environmental commitments which are close to impossible to live up to without a strong Single-Use Plastics Directive.

In this article we list a handful of the international commitments that are in danger of being compromised by a weakened Single-Use Plastics Directive. Then we give some examples of Council amendments that are undermining the strength of the Directive as proposed by the Commission and adopted by Parliament.

Without a strong Directive, these 5 European commitments are doomed to fail 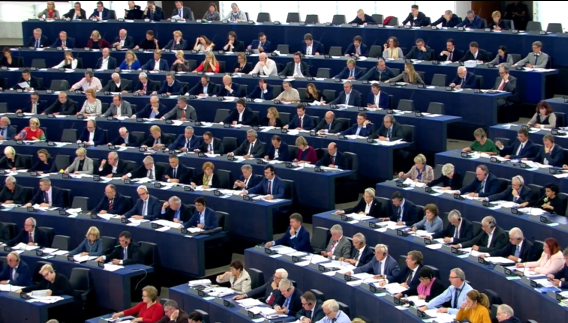 A strong Single-Use Plastics Directive, with EPR kept intact and the 90% separate collection target for bottles by 2025 upheld, is needed to live up to at least 5 earlier environmental agreements to which the EU has committed itself.

These Council amendments will weaken the Directive 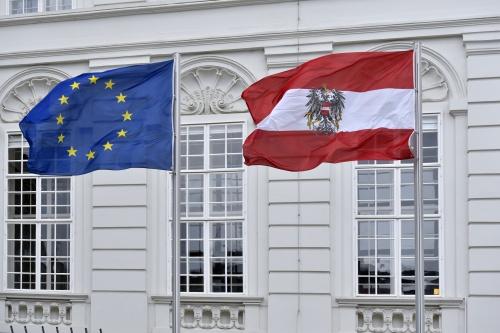 The Directive would become weaker, and unable to live up to these commitments, if some of the Council amendments regarding Extended Producer Responsibility (EPR, Article 8) and the separate collection target for plastic bottles (Article 9) would be adopted. These measures form the backbone of the Directive. Impairing them would impair this legislation to such an extent that it would not contribute to the above mentioned European commitments.

EPR as suggested by the Commission and Parliament obliges producers to pay the clean up costs for litter. By charging producers with the bill, this industry will be motivated to improve their efforts on litter prevention – for example by designing less litter-prone products or setting up more effective collection systems – as this will reduce the clean up costs they have to pay.

Currently, producers of plastic items are not required to take responsibility for their product ending up in litter, but can come up with voluntary actions to address their littered products. Since this voluntary arrangement has not led to the expected results in reducing the plastic soup, the Commission drafted this Directive to systematically tackle the most problematic single-use plastics.

Neither the Commission nor Parliament gave way to pressure from industry lobbyists who are heavily resisting EPR and do not want to pay for the clean up costs.

Under Austrian Presidency, however, the Council suggests delaying setting the target from 2021 to 2024. Moreover, the Council creates unnecessary confusion by tampering with EPR and its workings by proposing the following (Article 17):

This amendment has two possible interpretations that both compromise EPR and its workings. Either the Council does not want to move away from the current situation but gives Member States the chance to maintain the voluntary arrangements as long as objectives are met. Or the Council wants to give Member States the option to replace EPR with voluntary agreements with the industry once the urgently needed results have finally been achieved by means of mandatory EPR.

It just takes one look at the plastic soup to comprehend that either continuing with or returning to letting businesses aim to curb plastic pollution voluntarily will only have further detrimental effects for our environment. It is time for the EU to act decisively and to act now. EPR is an effective instrument to systemically tackle plastic pollution. It should therefore be implemented without alterations and in the short term, to last for the long term.

A high separate collection target for plastic bottles keeps these plastic items out of the environment, as it motivates Member States to strive for the most successful collection systems. The 90% separate collection target by 2025 as suggested by Commission and Parliament is achievable both in time as in percentage: the case of Lithuania shows that a return rate exceeding 90% can be achieved in less than two years time.

Whereas Parliament added a 35% recycled content target for new bottles to strengthen the circular approach to plastic bottles, the Council seems to be only mitigating this aim. It suggests a much weaker 75% separate collection target in 2025 and delays the 90% with five more years to 2030. Given the billions of plastic bottles sold every year, that means a huge amount of plastic will continue to pollute our seas.

The Austrian Presidency should acknowledge that there is no rational justification to decrease the target in percentage or to expand the timeline and step up its environmental game. Separate collection of plastic bottles, for example by means of a deposit-return system, will guarantee high-quality recycling and a decrease in plastic pollution.

A strong SUP Directive is necessary to achieve the European goals 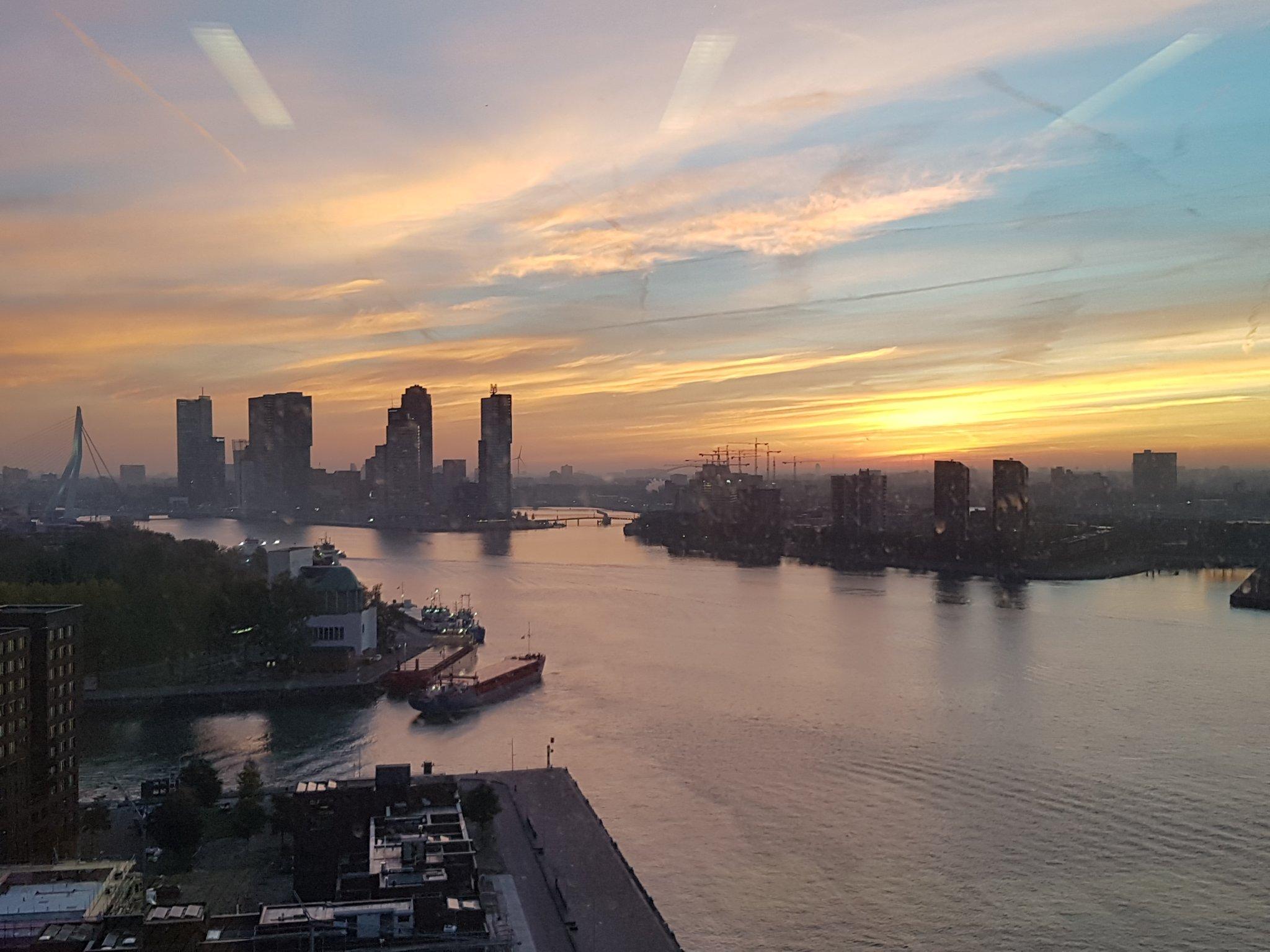 In conclusion, Europa has to adopt a strong SUP Directive as proposed by the Commission in order to reach its own environmental objectives. Watering down the SUP Directive would mean that plastic pollution levels will not decrease and, the EU will not be able to respect its international commitments.

When mandatory EPR gets replaced with voluntary agreements, Europe irrevocably gets trapped in the current situation of plastic pollution and huge costs of cleaning up for municipalities and taxpayers.

Delaying the 90% separate collection target for plastic bottles until 2030, means 5 more years of marine pollution, way beyond the deadline set by the UN Sustainable Development Goal. But confirming the 90% target, means yielding a pure and high quality stream of plastics that will facilitate qualitative recycling and make it profitable. It is a great opportunity to create a level playing field, necessary for the transition to a Circular Economy which the EU has envisioned for 2030, and creating great European business opportunities.

The SUP Directive, as drafted by the European Commission and supported by the votes of the European Parliament, corresponds to the environmental and economic ambitions the EU has committed itself to in the UN Sustainable Development Goals and the Paris Agreement. All Member States will need to make a joint effort in order to meet these goals.

Therefore, Recycling Netwerk Benelux strongly calls upon the members of the Council for visionary decisiveness and determination to support the SUP Directive as it is – and not weaken it as to leave Europe with a sea where plastics outnumber fish.