A leaked lobby letter of Coca-Cola, Danone, Nestlé and PepsiCo reveals the companies’ stubborn opposition against an important measure on bottle caps in the single-use plastic Directive, actually discussed in European Parliament.

The companies refuse the mandatory tethered caps, and “believe that investments should be directed into technology and infrastructure that will achieve collection of 90% of bottles and their caps by 2025”. (see the image of the lobby letter below)

As an environmental NGO, we think measures to keep the caps attached or tethered to the bottles are urgent for the environment. Plastic bottle caps are amongst the plastic objects most frequently found on European beaches.

The caps are often found separately from the plastic bottles. They are a problem in their own right. Caps are particularly problematic as they can be entirely or partially ingested by marine animals, as been shown in the BBC documentary Drowning in Plastic.

The technology to affix plastic caps to their bottles is simple and available. Lids are also attached to cans, which helps to prevent litter. It is convenient for the consumer and doesn’t harm business interests, so the question should be asked, why these industry giants are opposing a simple and effective measure?

A recurrent tactic of the beverage industry also becomes apparent in this leaked lobby file: trying to get extra time before mandatory measures are introduced. The objective of these types of proposal is to delay, in the hope that the next officials in place will ‘forget’ the introduction of the measure.

We at Recycling Netwerk think that if the beverage companies want to be serious about their commitment to less plastic soup in the seas, they should drop these kind of lobby efforts and let the European Parliament, the European Council and the European Commission adopt the measures that are necessary to save our seas from the plastic soup. 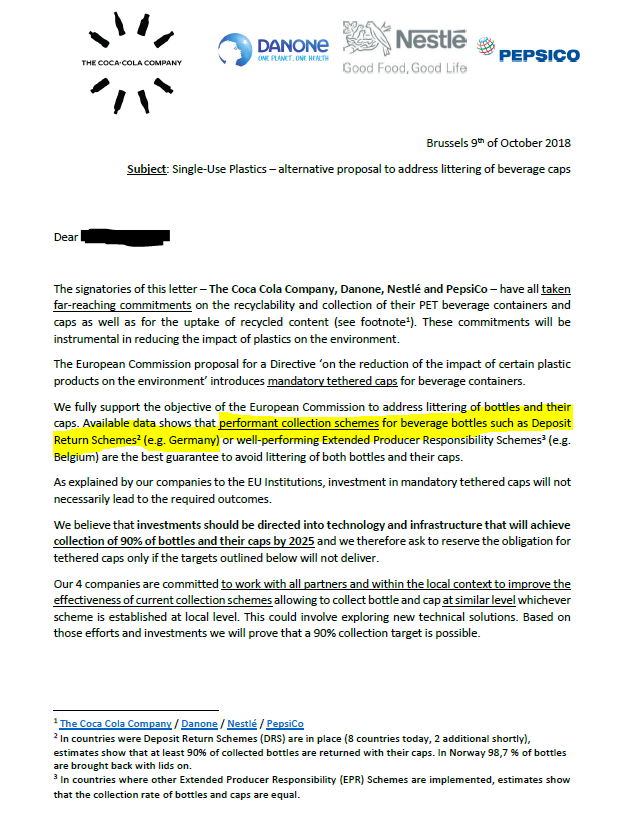 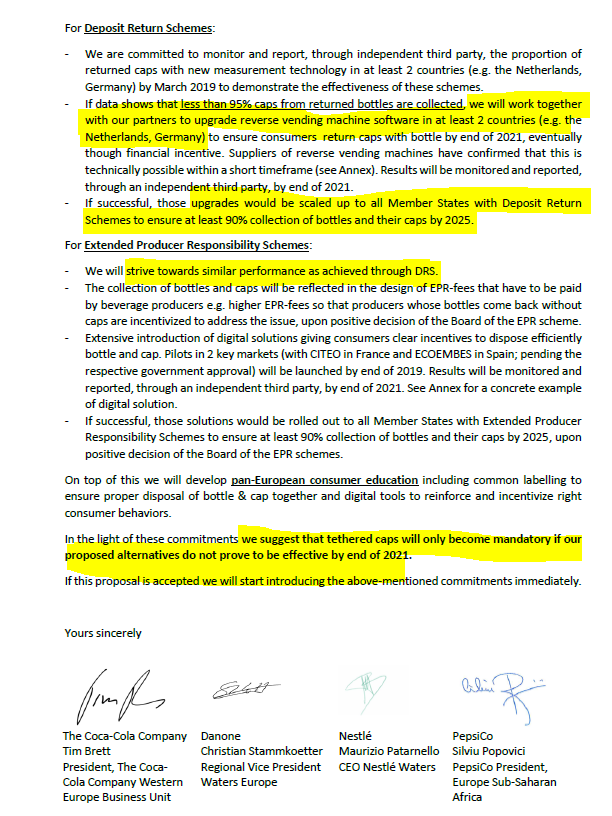